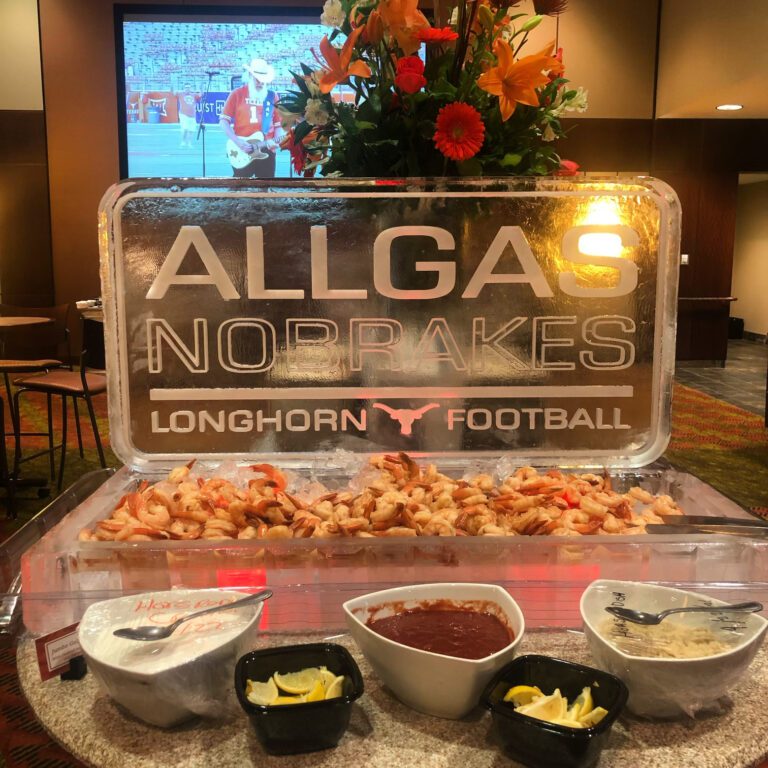 We had the distinct pleasure of being asked to supply ice bars and table-top displays for the Longhorn Football home games in 2021 for the unveiling of the UFCU Field Club. Trust us, it’s as cool as it looks.

Aside from being Longhorn fans, we’re Austinites at heart. The Longhorn stadium is iconic. We took real pride in being invited to take part in the inaugural season of its luxury suite.

Every week, we provided a fully accessible and functional ice bar with a new twist on a University of Texas design. 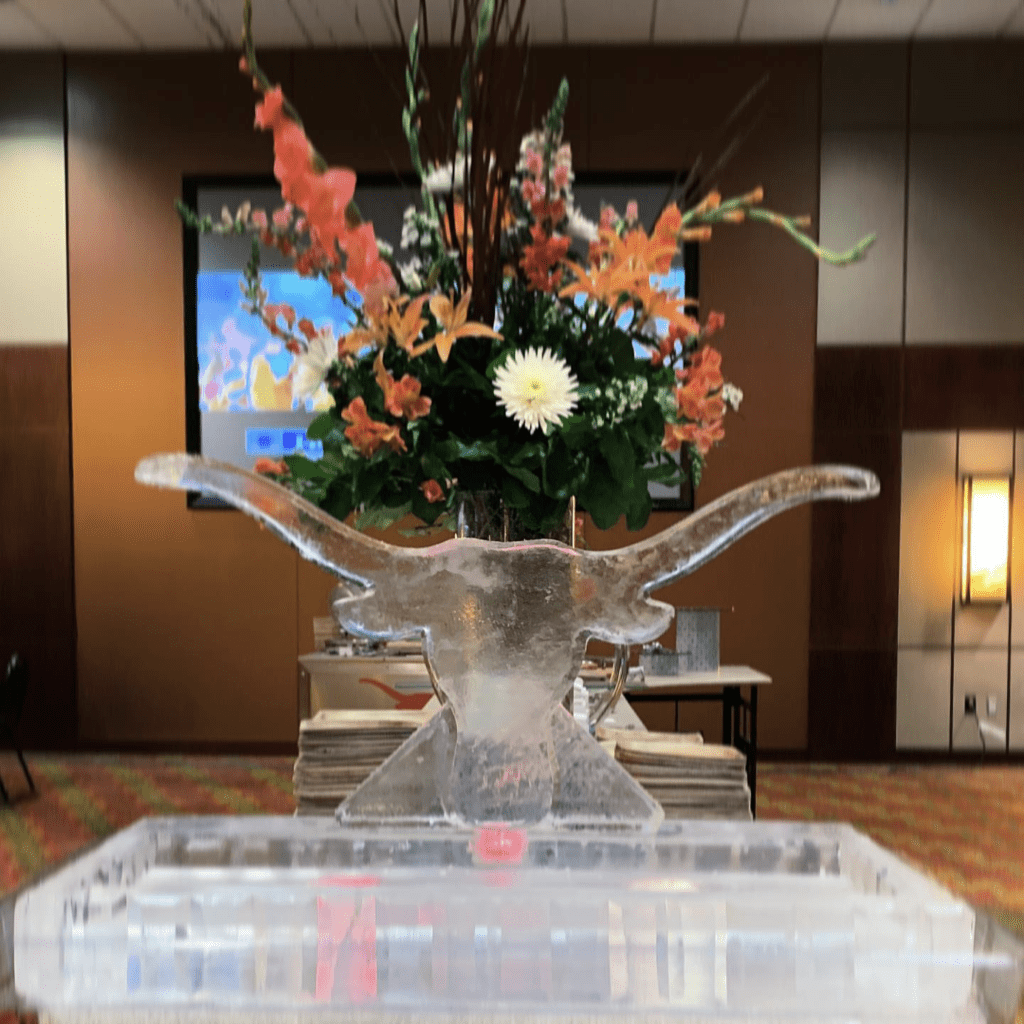 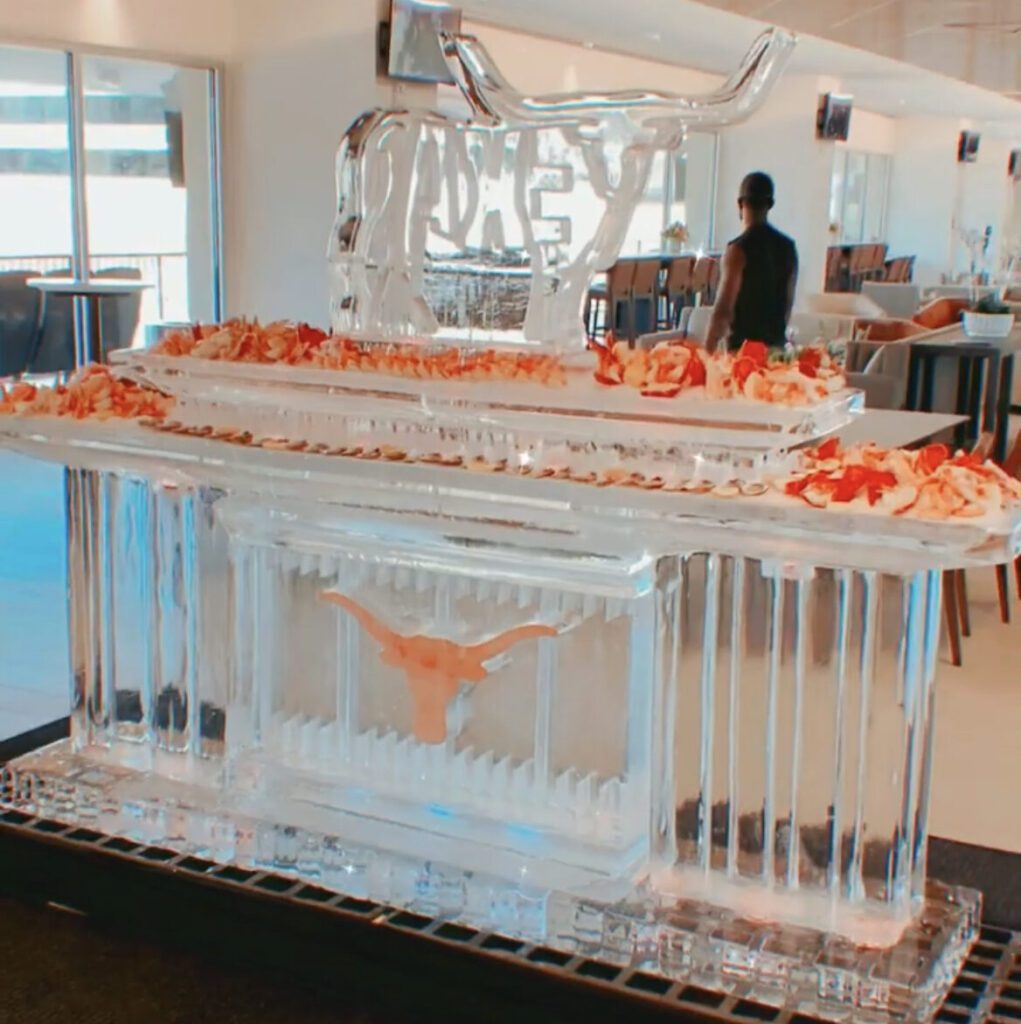 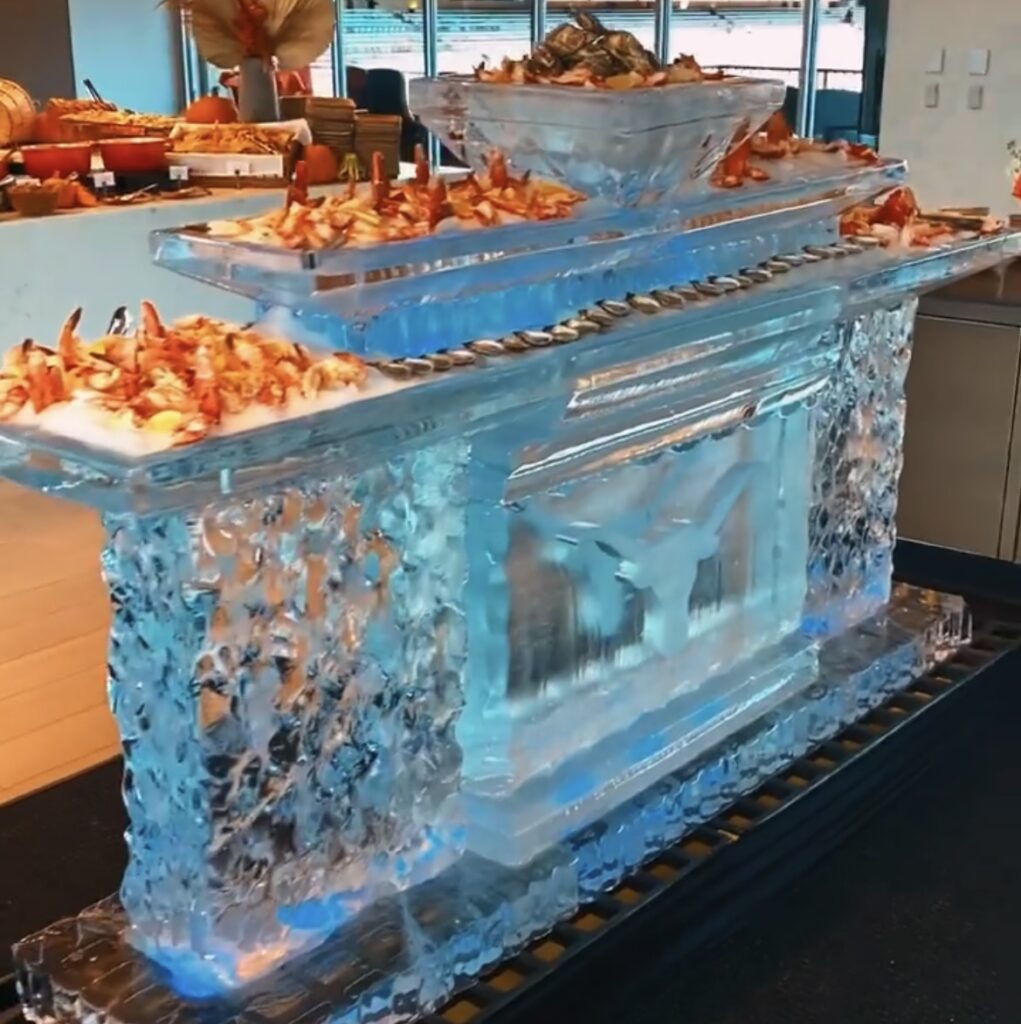 We’re in the event business. We love a good time. But game days at DKR were lit!

Sean (our owner and designer) caught an extra point at one of the games!

We got to see Bevo up close and personal loading in and out of the bull pen.

There were many local celebrity sightings through the season, AND Sean ALMOST got to meet Ricky Williams – Heisman winner and now NFL star – who they dedicated the field to on day one. We’ve got the pictures to prove it. 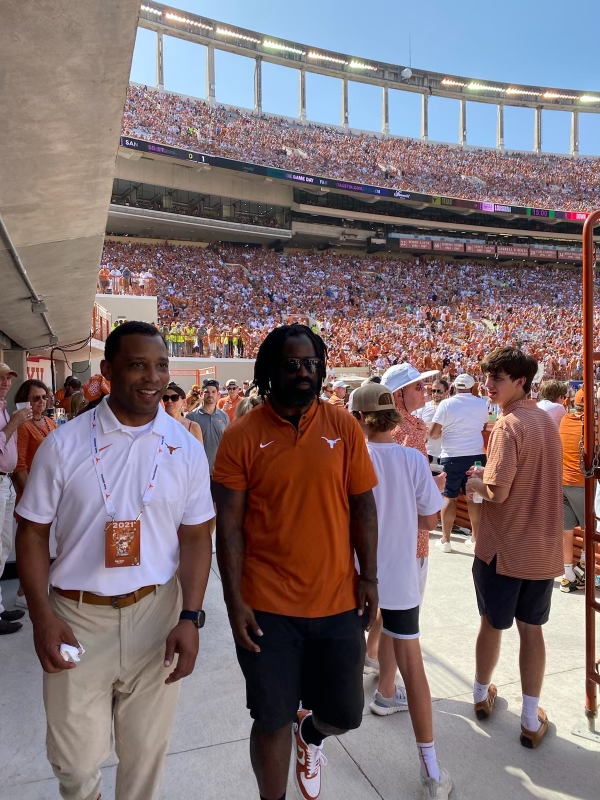 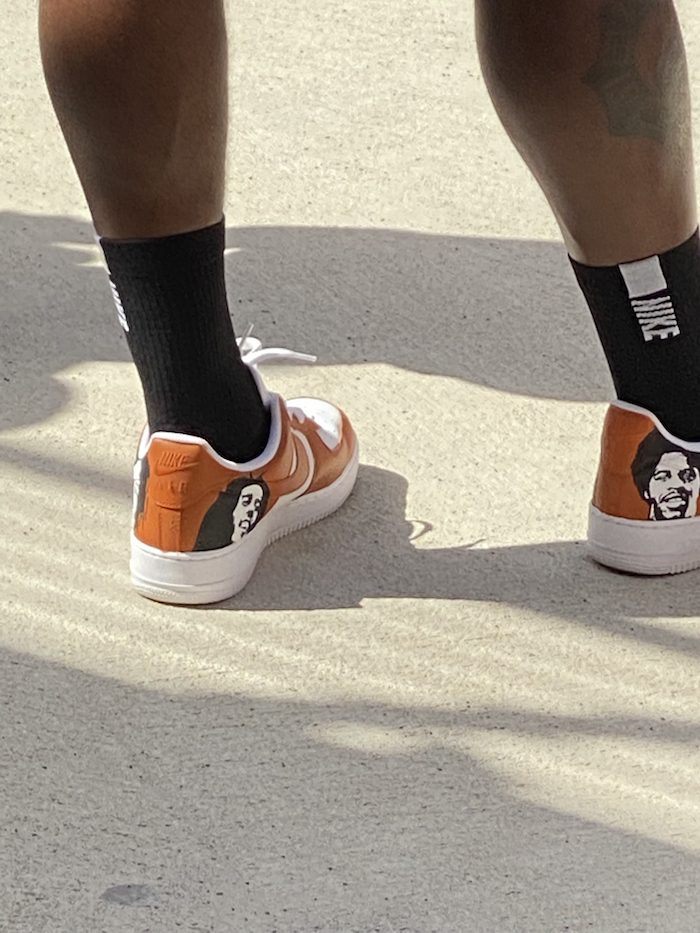 Last week, the Texas Longhorns wrapped up spring practice with the Orange-White game on April 23rd as a part of the first ever “Made In Austin Weekend“. Held at Darrell K Royal-Texas Memorial Stadium, the spring game is the 15th spring practice and gives a first look at the 2022 team before the start of regular season, and the ongoing progress on the South End zone construction project where you’ll find the Field Club.

According to the Statesman, the game likely left “true believers” feeling impressed, with skeptics leaning on last season’s 5-7 record, despite the considerable roster turnover. We’re sitting with the first camp of true believers! And can’t wait to see what next season has in store. Maybe we’ll see you there.

We want to give a big thanks to everyone at the University of Texas Austin, General Manager Owen Wright, and MML Hospitality, that welcomed Full Spectrum Ice to DKR Stadium. It was a season we won’t forget!

Find us on TikTok @full_spectrum_ice

“Much appreciated Sean – thanks for providing a great product, and looking forward to working with you again!”